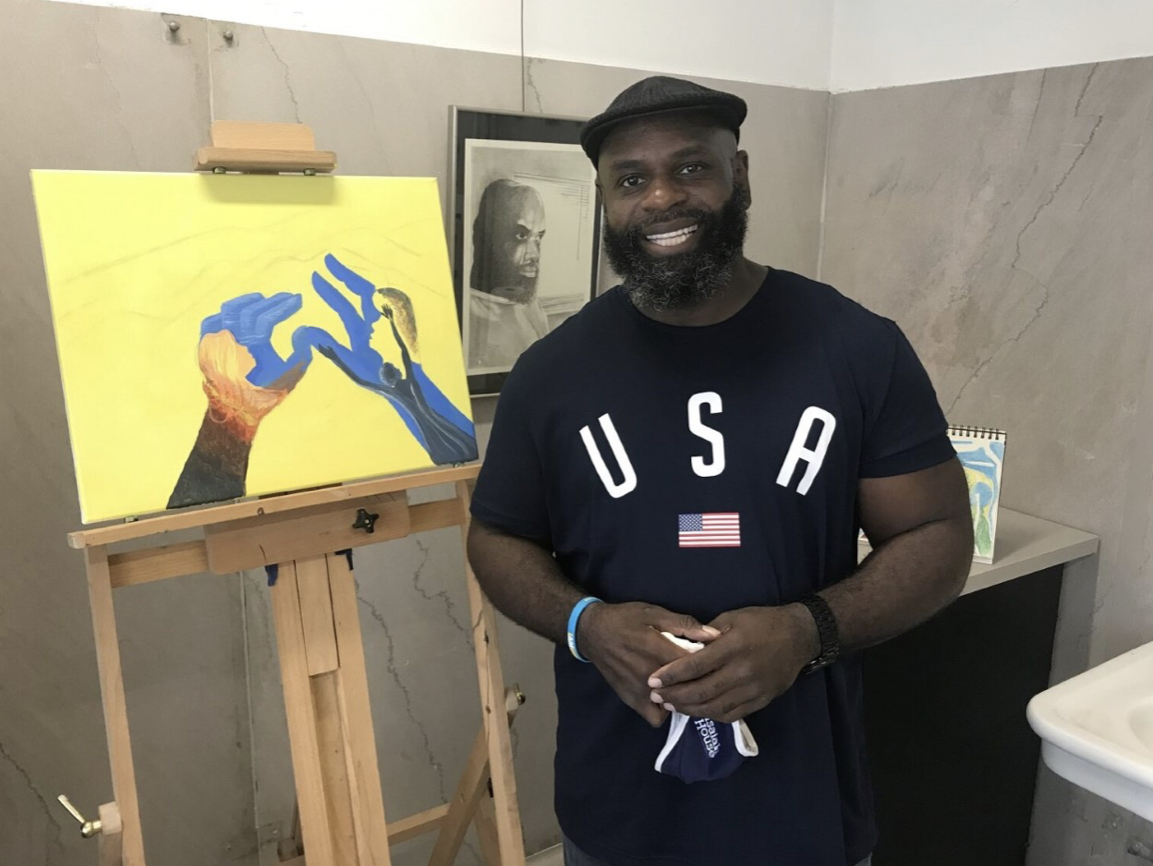 Art is one of the most powerful forms of self-expression and what drives that creation is unique to each artist. For Harrodsburg resident Germaine Dunn, a senior fine art and graphic design student at Campbellsville University, art has been a means of survival in a life that has tested him at every turn.

Dunn is a nontraditional student at CU, enrolling at the age of 43. His pursuit of higher education and exploring his passion to create came after decades of living in addiction. It is a life with which many can resonate, Dunn has learned throughout his time in addiction treatment and recovery. Through his artwork, he aims to bring positivity back into his life and into the lives of others impacted by substance use disorder.

As a youngster, Dunn desired to fit in with an older crowd, which did not always place him in the best environments. At extended family functions, he would find ways to stay close to the partying adults and observe their habits. Even in school, Dunn found himself surrounded by the influences of those outside of his age group.

When he was just 11, he was recruited to play high school football and once had dreams of a football career. He was a kid convinced his talent alone could take him as far as he wanted to go, but still a kid, nonetheless.

“I was too young and too brave to realize I wasn’t mature enough, mentally, to hang out with older kids that were about to graduate,” Dunn recalled.

A self-described crowd-pleaser, Dunn participated in a lot of the same activities as his soon-to-be adult peers and the adult crowds they hung around in hopes they would accept him. Still a pre-teen, he began using cocaine, smoking crack, taking acid and drinking.

This lifestyle followed him into high school and adulthood. A year after graduating, he found himself incarcerated in the Boyle County Jail after having been connected to a robbery. From the early 1990s, Dunn lived in addiction and suffered the emotional, physical and legal consequences of that life. After being injured in a car accident, he became addicted to oxycodone and opioids and began to spiral further. Eventually, he would lose jobs, ruin relationships, lose custody of his children, become homeless and turn to stealing and selling drugs just to get by.

After two decades of shutting out the world and feeling overwhelmed with loneliness in his addiction, Dunn finally confided in some friends about the struggles he had been facing. It was a conversation he described as a turning point and one that introduced him to Isaiah House, a faith-based addiction treatment center that offered him not only help in escaping his active addiction but also help in rebuilding his life in sobriety.

“Recovery was scary for me at first. It meant opening up. It meant change and it meant there would come responsibilities,” Dunn said. “I had forgotten how to be responsible and, truth be told, I don’t think I ever had been.”

It didn’t take long, however, for Dunn to acclimate to recovery as he focused more on listening to others than trying to explain away his actions. At Isaiah House, Dunn found a new place to fit in, a community of people who understood his experiences and adversities in addiction, and the inspiration to live life anew.

“God strategically put a great group of men and women in my life. It didn’t seem real at times,” he said of going through the program.

Dunn has been sober since April 3, 2017, and officially graduated from the Isaiah House program in 2018. Since his graduation, he has remained involved with the organization with the hope of providing a second chance to others with similar pasts.

From the time he was 5 years old, Dunn knew he loved art. He became a fan of comics such as Superman and the ability for one to tell a captivating visual story. While that love of art manifested at early, however, it wasn’t until adulthood and spending time in jails and prison that Dunn would truly foster the passion.

“Art became a means to survive in those places,” he said. “Drawing portraits for the guards, other prisoners and drawing fancy envelopes would put Ramen noodles in my belly, but it was also a way for me to focus on something that made me feel accomplished, even in a place as lonely and bitter as those prison walls.”

Dunn’s recovery has further brought his talent and passion to light and has given his work greater purpose. Still, he pulls from those dark moments of his past as well as his restored faith and future as he creates.

“God has to bring the bad things we do to the light so we can help one another,” he said. “It takes a brave person to let people in on your flaws, but it also takes a special group of people to look past our flaws and to draw out the best in us.”

At Isaiah House, Dunn has served as an art instructor as well as a community advocate and peer to others entering recovery. Many of his creations hang on the walls of the treatment centers, and staff and clients alike have been supportive of his endeavors. He said Isaiah House and sobriety has made him want to dream again, much as he did as a child before his addiction.

“To share my story and others’ like mine is my passion,” he said. “Art is not just a hobby to me, and the term ‘starving artist’ is a terrible way to live a life using a gift given from God. I want so much for people to appreciate us artists for who we are, especially artists that put so much into sharing our gift.”

Life, love, and hope on display

Dunn has been an artist in residence at the Art Center of the Bluegrass in Danville, participated in different exhibitions and art contests and even sells commissioned art when he finds the time to complete projects between school and his recovery outreach.

Some of his work, including pieces inspired by Isaiah House, will be on display this month at Campbellsville University’s Pence-Chowning Art Gallery.

He said his time with the university has been challenging and rewarding, feeding off the creative energy of other student artists and welcoming healthy competition, constructive criticism and artistic growth. Dunn considers himself to be a multimedia artist, and his work includes paintings, collages, sculptures, printmaking and digital art.

“My work mainly speaks of hope and perseverance and to inspire the Black community and those that have struggled with addiction and homelessness,” he said. “I hope they see my work as a small gift and glance at God’s love and protection.”

The senior show at Campbellsville University will run from Feb. 28 through March 4. There will be a public reception held from 3 p.m. to 7 p.m. on March 1.

Dunn said he is looking forward to the evening, as are those who have supported him along his path.

To hear more about Dunn’s inspirational story, listen to his testimony on Season 1, Episode 6 of The Real HopeCast, available on all major podcast streaming platforms. The Real HopeCast is the official podcast of Isaiah House Treatment Center.

The Benefits of Exercise in Addiction Recovery: How Exercise Can Aid Addiction Treatment
June 29, 2022

In the fight against addiction, abstinence-focused resources outweigh methadone use
June 10, 2022

What is dual diagnosis treatment and why is it important?
March 7, 2022
Search
Follow Us on Social
Admissions Info 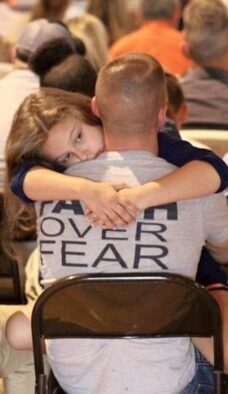