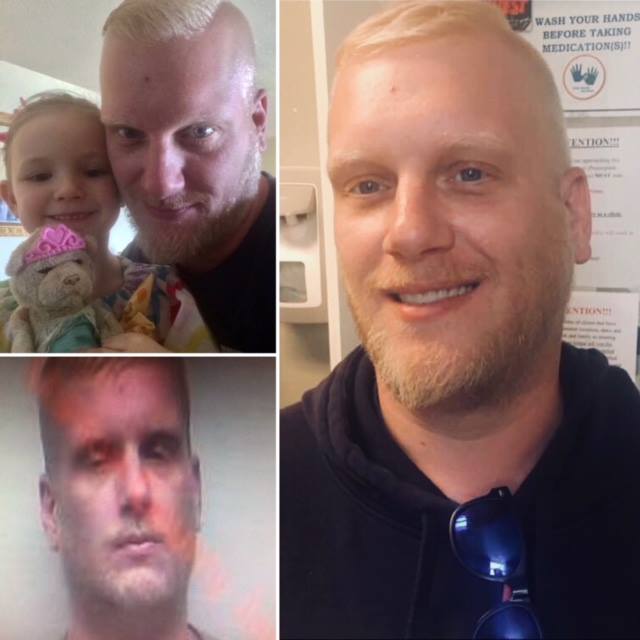 My name is Greg Peevler. I am 39 years old and am originally from Casey County, Kentucky. My family moved to Madison County at the start of my 8th grade year and I graduated from Madison Southern High School in 1996. My life growing up was what would be considered a normal childhood. I have loving parents and extended family who have always been there for me. My father is a minister and was a pastor most of my childhood so I was at church every time the doors were open. I was “raised right” as they say.

Somewhere along the way I began to stray away from the things I had been taught and the way I was raised. I walked away from church, God and all the things that had been a part of my whole life. I went through a phase where I tried everything I had been raised to stay away from. That wasn’t good.

I began to experiment with drinking and smoking marijuana. Even experimented with cocaine a little, but none of it really was a problem for me yet. I found myself searching, experimenting, abusing substances, people, and gambling. All of this was trying to satisfy an emptiness I felt inside. On the outside, my life looked great. I was living the life people expected of me.

Around the age of 23 I was introduced to opiates via prescription pain killers and immediately I fell in love. It was the answer I had been looking for. It made me feel good. Normal. Over time I became addicted and pain killers progressed to heroin and IV drug use. My life spiraled out of control. I was in and out of jails and rehab. I received a 7 year prison sentence around 2007. When I was was released from prison I remarried and had a beautiful baby girl. I was clean, had a good job, a beautiful wife and daughter. Everything I could possibly want in life, but I still had this emptiness inside. Never satisfied, I began using heroin and meth to fill the void.

In 2016, I overdosed on heroin and fentanyl. I was completely spun out on meth. My life was completely wrecked. By the grace of God, I survived and eventually found my way to the Isaiah House. Broken. Alone. Homeless. A life wasted. That was the verdict on my life.

But when I walked through the doors of Isaiah House I was welcomed in with open arms. There is a love and a brotherhood that exists here that has no comparison. They loved me when I could not love myself. They taught me about God’s grace and mercy. They showed me 12 simple steps I could take towards a new life. By the Grace of God, I am 8 months clean and sober. I am employed at Isaiah House. God has restored my relationship with my family and reunited me with my wife and daughter. Redemption is my life’s story!!