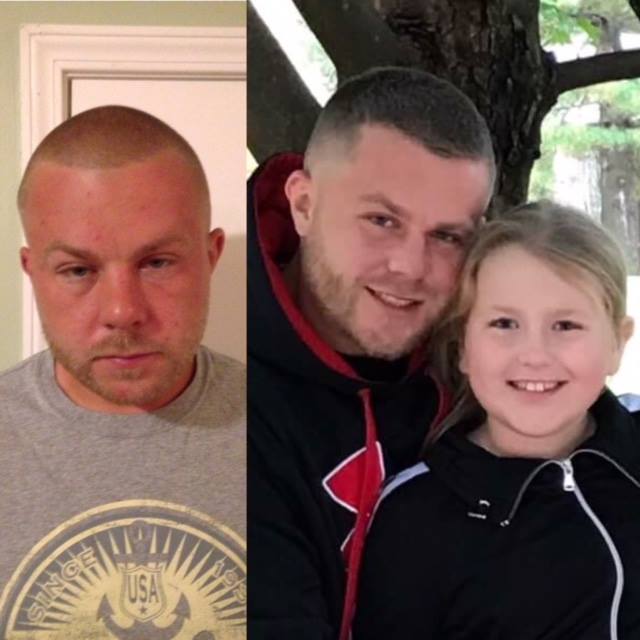 My name is Kenny Rick and I am a grateful recovering addict. I was born in Louisville, KY and I am 29 years old. My parents have always shown my two sisters and me unconditional love with all the support we ever needed.

As I started high school, I began to experiment with drugs and alcohol with my friends. The effects of being under the influence gave me a sense of belonging with my peers and aconfidence to face life.

My freshman year I was expelled for possession of marijuana and over the next couple of years, I began selling drugs and stealing to support my habit. I was arrested and released 3 months later on my 18th birthday. I did not believe that drugs were the cause of my legal issues, and believed I could manage my drug use. Using cocaine and partying at the time was all I wanted to do, and eventually I was arrested for credit card fraud which is how I was supplying my habit. I ended up with a 15 year prison sentence and spent 5 years in jails and penitentiaries across the state of Kentucky.

I was arrested when my daughter was 10 days old, and it was devastating to miss out on her childhood while I was incarcerated. I was released in January 2013 and remained sober for close to 6 months, only later to relapse on methamphetamine and alcohol. I know now that it was because I failed to enlarge my spiritual life!

I continued to use off and on until I tried heroin for the first time in 2015, and it quickly consumed my entire life. I abandoned my family and daughter, and quickly lost everything I owned because I was living to use and using to live. I knew I needed help and tried short term treatment centers a couple of times with no success. I was broken and had no hope for a life without the use of drugs. I did not know where to turn.

I was referred to Isaiah House by a close friend and walked in the doors withdrawing from heroin and scared to death. I was tired of hurting my family and not being the father my daughter deserves, and I was willing to do whatever it took to get sober.

I was welcomed with opened arms and accepted into a brotherhood like I have never known before. God has restored my relationship with my family and my precious daughter. I do not know where I would be today without my family’s support and love. We laugh together every day! Since being here at Isaiah House, the case team has helped me resolve all of my legal issues, and I am no longer on parole. Above all else, I have a relationship with my Lord and Savior Jesus Christ. He has given me a hope and peace which is indescribable. I would not trade my worst days sober, for my best days in active addiction. God is truly doing for me what I could not do for myself!

A wise man at Isaiah House told me, “That at the point of surrender, one’s eyes are opened.” I believe the power of prayer from so many people who loved me when I didn’t know how to love myself opened the doors of the mercy of God. And I would not be the man I am today if it were not for the people who believed in me in my darkest days. My name is Kenny Rick, and I am Free!!