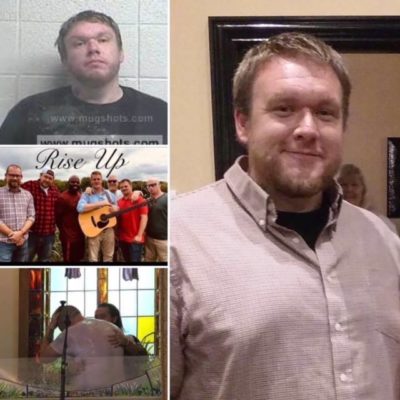 My name is Travis Allen Voils. I’m 31 years old and I grew up in Wilmore. My story begins at a young age about 5 when I remember my mother and father drinking or partying. My parents were separated so I never knew them together. I am the youngest of 4 children. I have two older sisters and a brother. They always called me “little big brother” because I was bigger than them all by the age of 12. I can always remember having to move because my mother struggled financially. Moving around all the time made it hard to be accepted and make friends as a kid.

I craved acceptance from people and the one place I got it was in athletics. My mother, poor as we were, signed me up for flag football and I became an instant star. I was in heaven! I continued to play sports throughout my childhood up until high school. I played football, basketball, baseball, bowling and tennis. In 8th grade, high school coaches told me I had what it took to be a star. I was big, fast, had wide hips, big hands and fast footwork.

At the age of 16, playing tennis at UK I blew my right knee out dislocating my knee cap, tearing my meniscus and a partial MCL tear. I would never play football again. I had surgery, was depressed and was sitting at home taking prescription pain killers. When I returned to school, my doctor took me off my painkillers and I realized I needed them to function. I began to self-medicate using acid, shrooms, cocaine, alcohol and of course, pain killers. I had totally fallen off. I dropped out of high school and went to an alternative school when I was a junior. I eventually graduated. By the time I was 18, I went to my first pain clinic in Florida. This became a regular thing for me until my daughter was born in 2008. I landed in jail and had to visit my daughter behind glass which was the saddest thing I had ever went through.

I turned to Suboxone to help with opiates. They say it’s a miracle drug but I was just replacing Percocet with another. Then I was introduced to methamphetamines and became a grade A meth cook. When I was high I didn’t have to think about all my problems I could suppress them deep down where they would never come back but I was wrong. I got deep into drug dealing, my relationships had failed, I was in and out of jail and my third child, Benjamin, was born with Truncus Arteriosus “blue baby syndrome” 1 in 33,000 are born with this defect. I have not seen him since he was 3. The guilt of not being there for my boy drove me deeper into my addiction. It just kept getting worse. I watched my friend get murdered in his driveway over a family feud. He died in front of his wife and two boys. I left Jackson County never to return. By the time I came home to KY in the winter of 2017, I wanted to die.

Life at this point wasn’t worth living. I hated myself. I had been introduced to the needle and I had officially hit rock bottom. I lost my family, my children, my possessions and a will to live. I was living on the streets. I completed a 30 day program, relapsed in sober living and overdosed on fentanyl laced heroin in January of 2018. I was dead for two minutes. I never told my family because I didn’t want to live.

I arrived at Isaiah House on January 18, 2018. Only by the Grace of God am I still alive today! I accepted Jesus Christ as my personal savior and have laid everything at the foot of the cross!! On March 4, 2018, I was made new! The Lord has taken my troubles and my burdens away from me and has paved the way for me as long as I trust in Him and His plan for me! I am living proof that recovery is possible.

I was on the verge of death, but today I can live again! I can laugh again! I have the love of my family back, as well as their support. Today I have plans for my future. I am 1 of many but today I am 8 months sober and never looking back. If you or someone you know or love is battling an addiction to drugs or alcohol, reach out!! Recovery is available to anyone willing to work for it. Proverbs 3:5 says “Trust in the Lord with all your ❤” God loves all his children he left the 99 to save me. He will save you as well.